We spent a lovely few days with my mum over Christmas.  As ever, she had over-estimated how much we would eat and packed us off home with some extra goodies in case we didn’t have any food in the house (unlikely) or couldn’t get to the shops (um, they only actually closed for one day) or something.  It’s what loving mothers do. 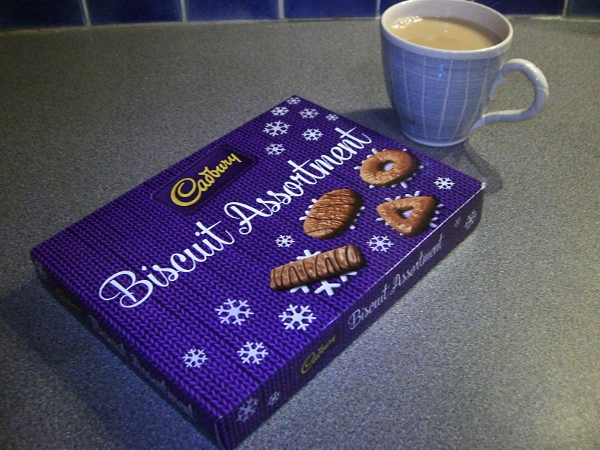 One of the things was this chocolate covered biscuit selection from Cadbury.  The following day I thought that might be nice with my afternoon tea and opened the box.  The usual arrangement of little stacks of biscuits in a plastic holder.  The one in the centre looked good so I was a little disappointed when I lifted it out to find there was only one.  Ah well, maybe that was the extra special one.  Erm, no.  On lifting the remainder of the biscuits I found that there was precisely one biscuit in each ‘stack’.  Each stack had a false bottom which held the one biscuit to the top. 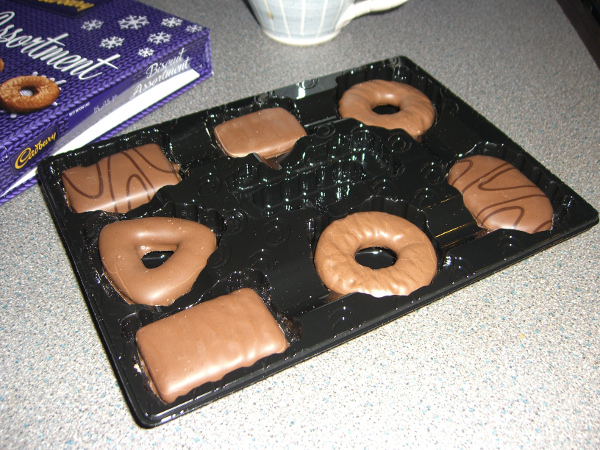 Now Cadbury is an old established firm.  The founders were Quakers who believed in honest dealings with their customers.  They also believed in supporting the well being of their staff, to which end they built the Bournville model village in Birmingham.  Affordable, quality housing with community halls, adult education institutes and in an age where alcoholism was a source frequent domestic strife: no pubs.

Of course, the packaging doesn’t break any law.  The net weight of biscuits is clearly stated on the underside.  But do you suppose that my mother looked at that or do you think that, like me, she would have looked at the size of the box and made a mental assessment as to what it contained and whether it was good value?  To be exact it contained eight biscuits. 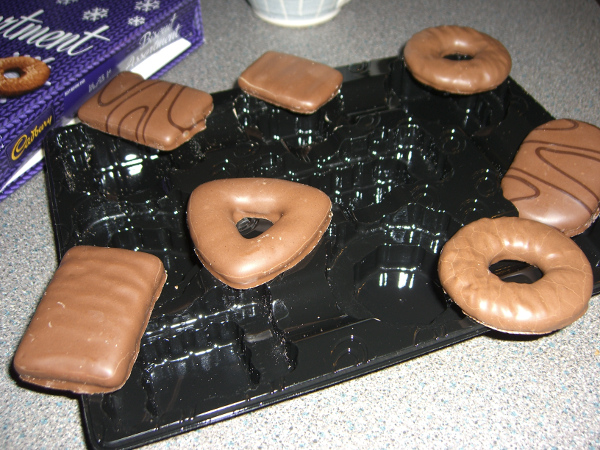 I would suggest that this does not reflect Cadbury’s original straightforward, plain-speaking business values.  The company was bought by American giant Kraft Foods in 2010.  Kraft divided in 2012, placing Cadbury into the ownership of US based Mondelēz International.  I think we need look no further than the way this product is structured to understand the business values of that firm.

Sorry to start 2016 on such a depressing note.  Rant over.  Happy New Year.

This entry was posted in Food and Cooking, Rant and tagged Cadbury's, Corporate Values. Bookmark the permalink.

5 Responses to Not Impressed Cadbury’s